Various types of Screws were given to me in 3 large bins and buckets. The Collection had been partially used, reused and waiting. Their previous owners no able to house them or knowing what to do with them, I took them in.

The process starts with slowly categorizing each screw according to its length and it's ability to stand on its head. Once every piece had been sorted, the smallest screws were selected first. Adhering them one at a time to a 5/8th inch piece of Plexiglas. This process continued in an outward random motion through each size of screw, progressively increasing in length, until all of the pre-used screws had been installed.

At this point, the piece did not appear to be finished. I had expected the screws to fill in much more space on the Plexiglas board than they actually did. After contemplating several solutions, it was decided that I should continue with "New" store bought screws. I wanted to see which the contrast between the used and new. Which would be more interesting?

Several boxes of screws of similar finish were purchased in as many incremental lengths as I could find. The new boxed screws were them adhered in the same random outward motion as before. Only this time slowly stepping back down in length until the very shortest pieces ended the piece. 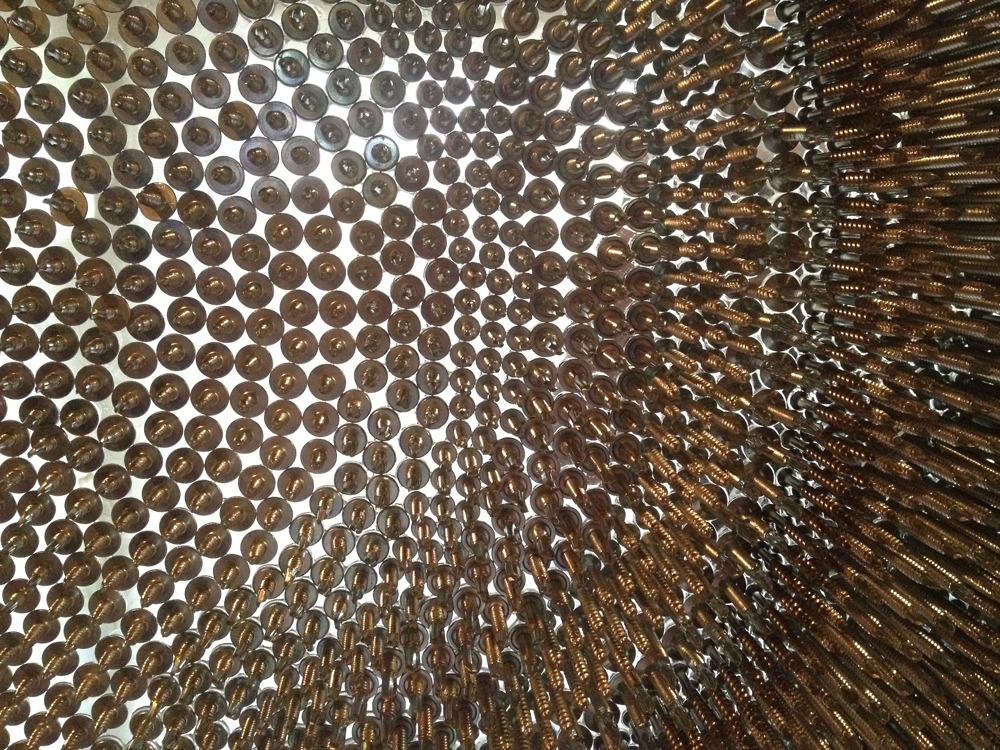 For Sale Inquires please Contact me via email @ vanwoerkomstudios@gmail.com